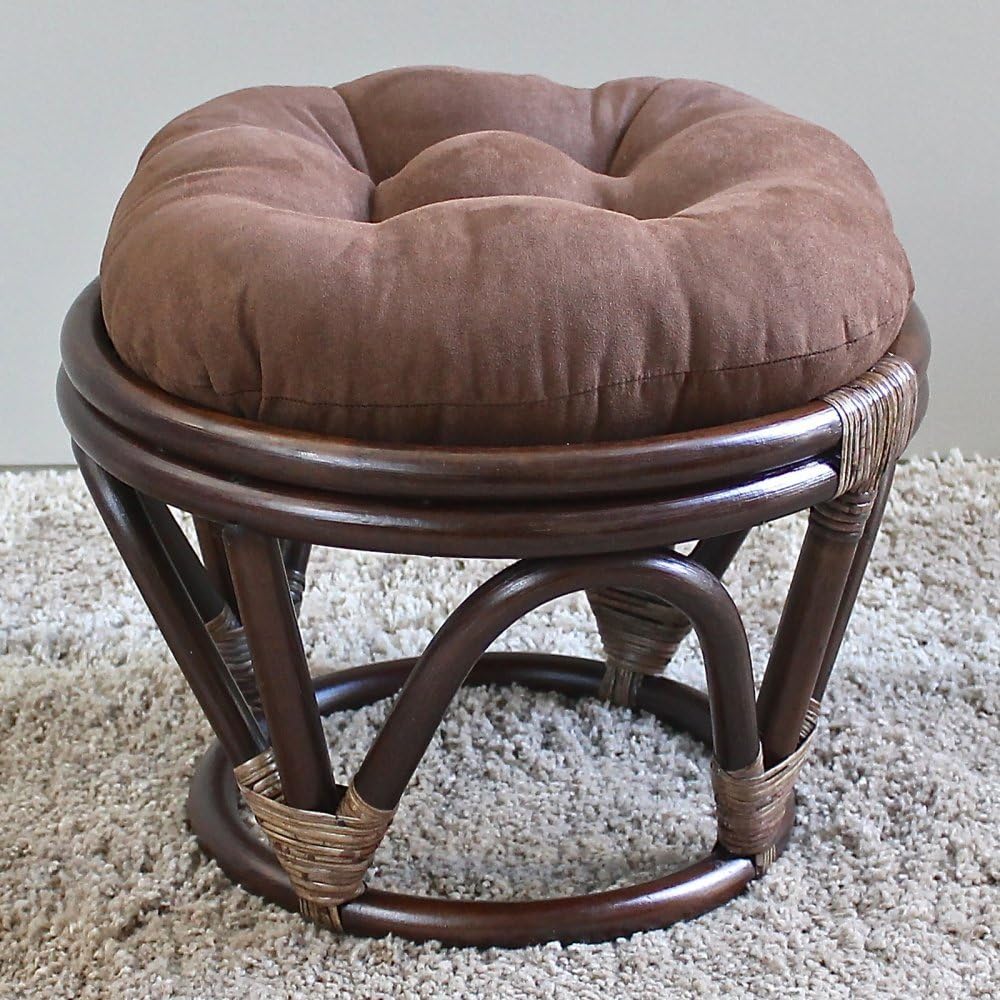 Bring comfort and style to your sun room or enclosed porch with this casual cushioned ottoman. Crafted from rattan, this piece coordinates with Papas an-style chairs to give your space a pulled-together look. The thick tufted cushion provides a plush look and feel, while the sturdy construction ensures this foot stool's long-lasting durability.